Understanding the value of SOC 2 compliance for your company 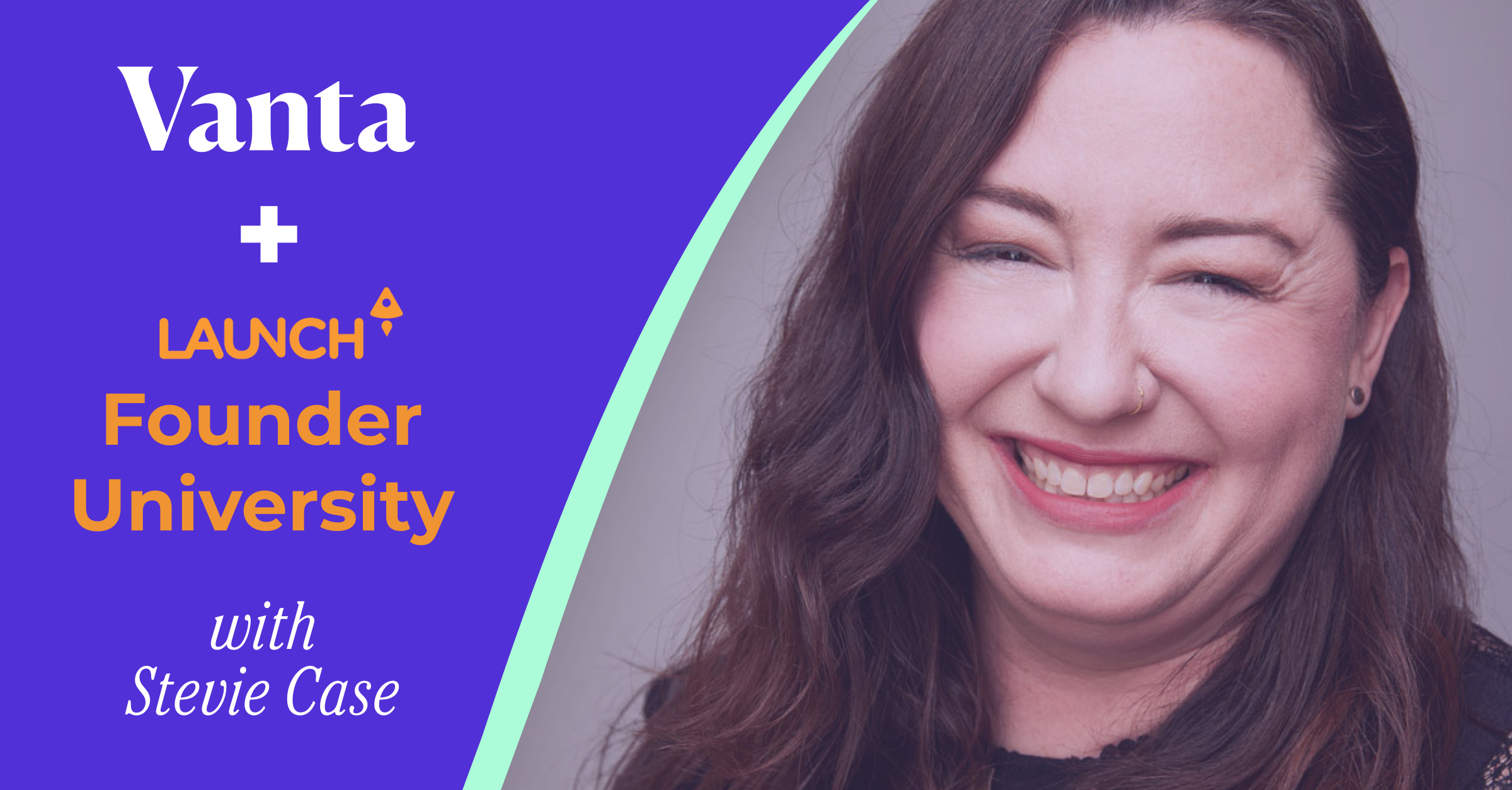 Understanding the value of SOC 2 compliance for your company

Stevie Case, CRO at Vanta, recently spoke with early-stage founders at Founder University to discuss the value of compliance management. Stevie shares her first-hand experience working at Twilio in the early stages of the company and the challenges that come with bringing a product to market.

When a company is ready to start selling its product, particularly to enterprise companies, one of the first questions asked by prospects is, “Can we see your SOC 2?” Being asked to prove your company’s security is a common blocker in getting your sales deals moving. But with the right perspective, this obstacle can be turned into a competitive advantage.

“Enterprises and other big buyers want to see that proof,” Stevie says. Frequently, security reviews with prospects happen late in the deal. After you’ve invested lots of time and energy into earning the business, prospects will request proof of a SOC 2 certification.

“That SOC 2 is proof that you’re securing your assets and your company in a way that is consistent with what they want as a buyer,” says Stevie. “And if you don’t have it, in many cases they will not move forward with the deal and that deal will be dead.”

How to do SOC 2 the right way

In order to avoid having sales deals stuck at the one-yard line, Stevie recommends building a foundation of security within the company as early as possible. “Take security seriously in the way you build. Don’t think of it as something you’ll get to later. Instead, try to satisfy security measures from the start.”

Stevie discusses the differences between SOC 2 Type I and Type II and lays out a timeline for how to prepare for an audit before being asked by prospective investors.

“What gets time-consuming and expensive is when you try to come back and implement it later when you’ve got 10+ employees—then things get hard. Start from the beginning and you’ll be good to go,” Stevie advises.

Listen to the full webinar to get more insight into the importance of a SOC 2 and hear Stevie answer in-depth questions from Founder University members. 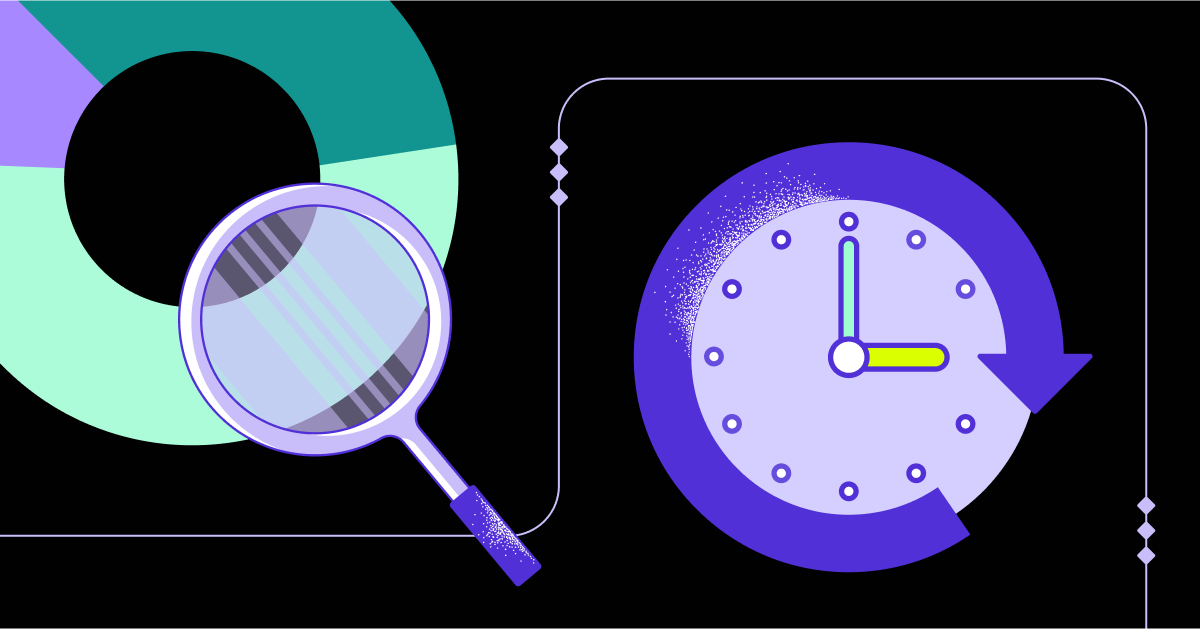 Your guide to SOC 2 audits

Preparing for a SOC 2 audit? This comprehensive guide will tell you what to expect. You'll also find out how 4,000+ businesses save time and money with Vanta. 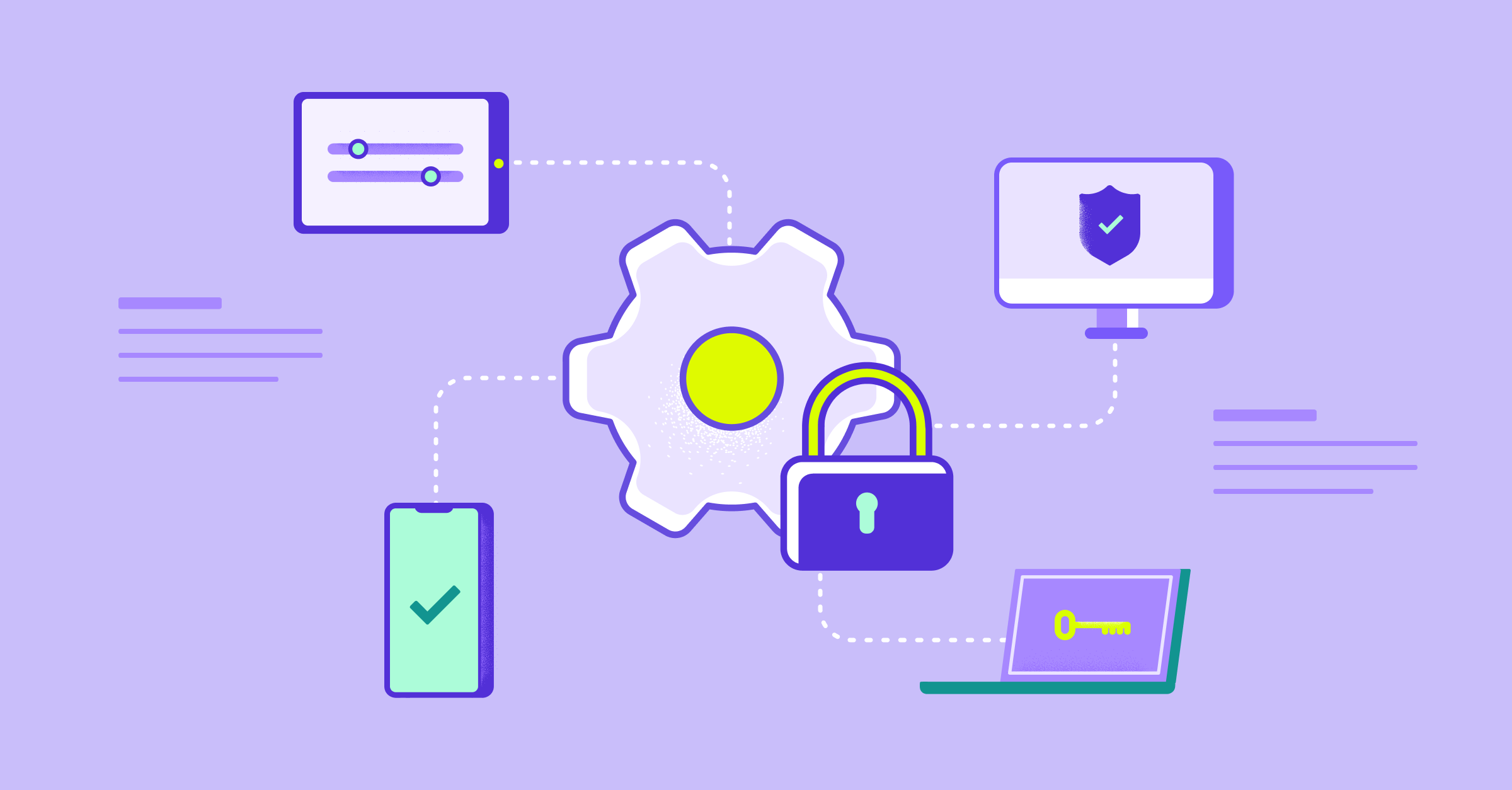 Mobile device management 101: Why it matters and how to deploy

Effective mobile device management (MDM) is a core function of your company's security and compliance program. Learn why it's essential and how to do it right at every stage of growth. 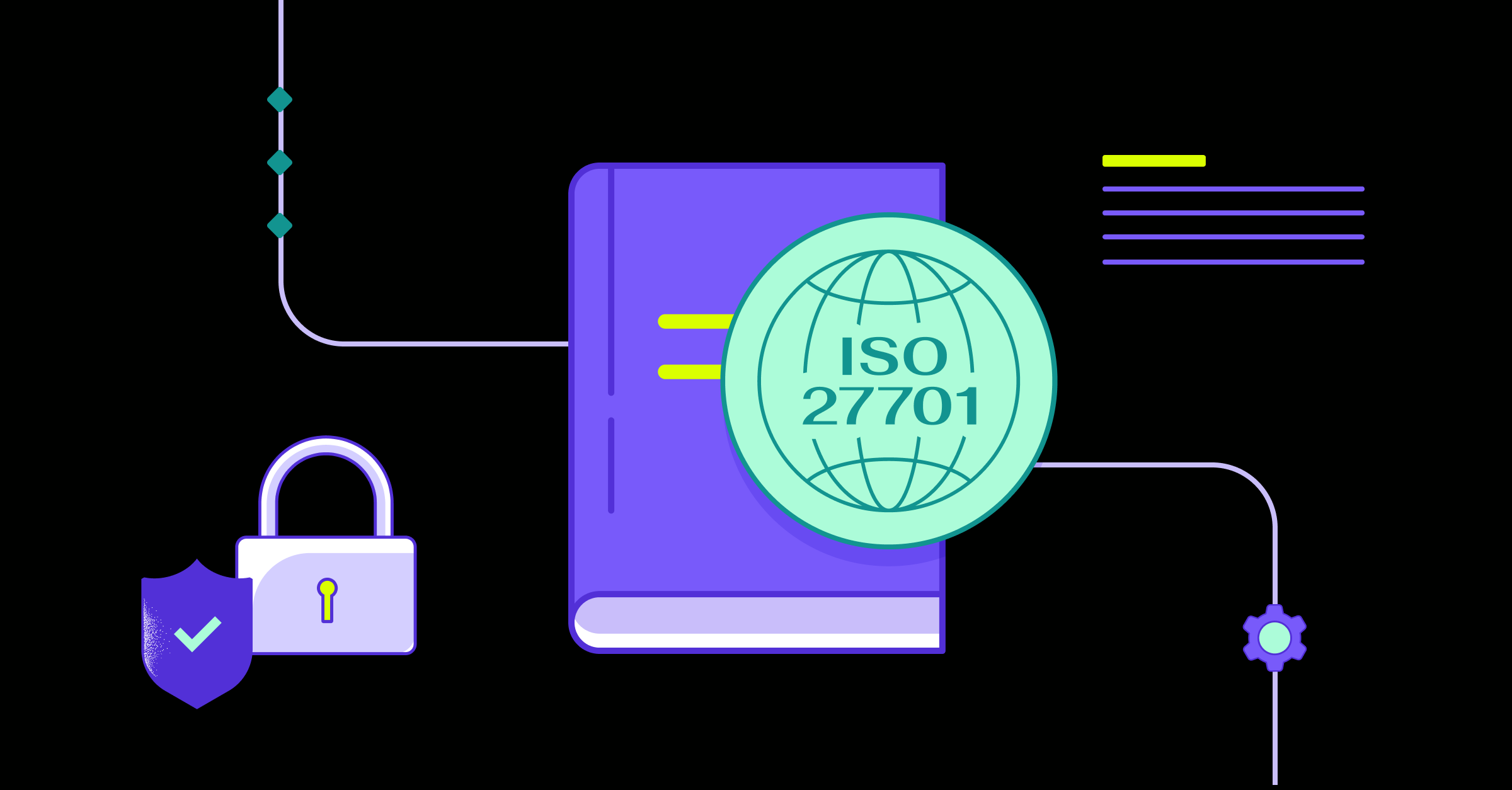 International privacy laws are always changing. ISO 27701 certification has become a global standard for PIMS to maintain compliance. Read our guide to get started. 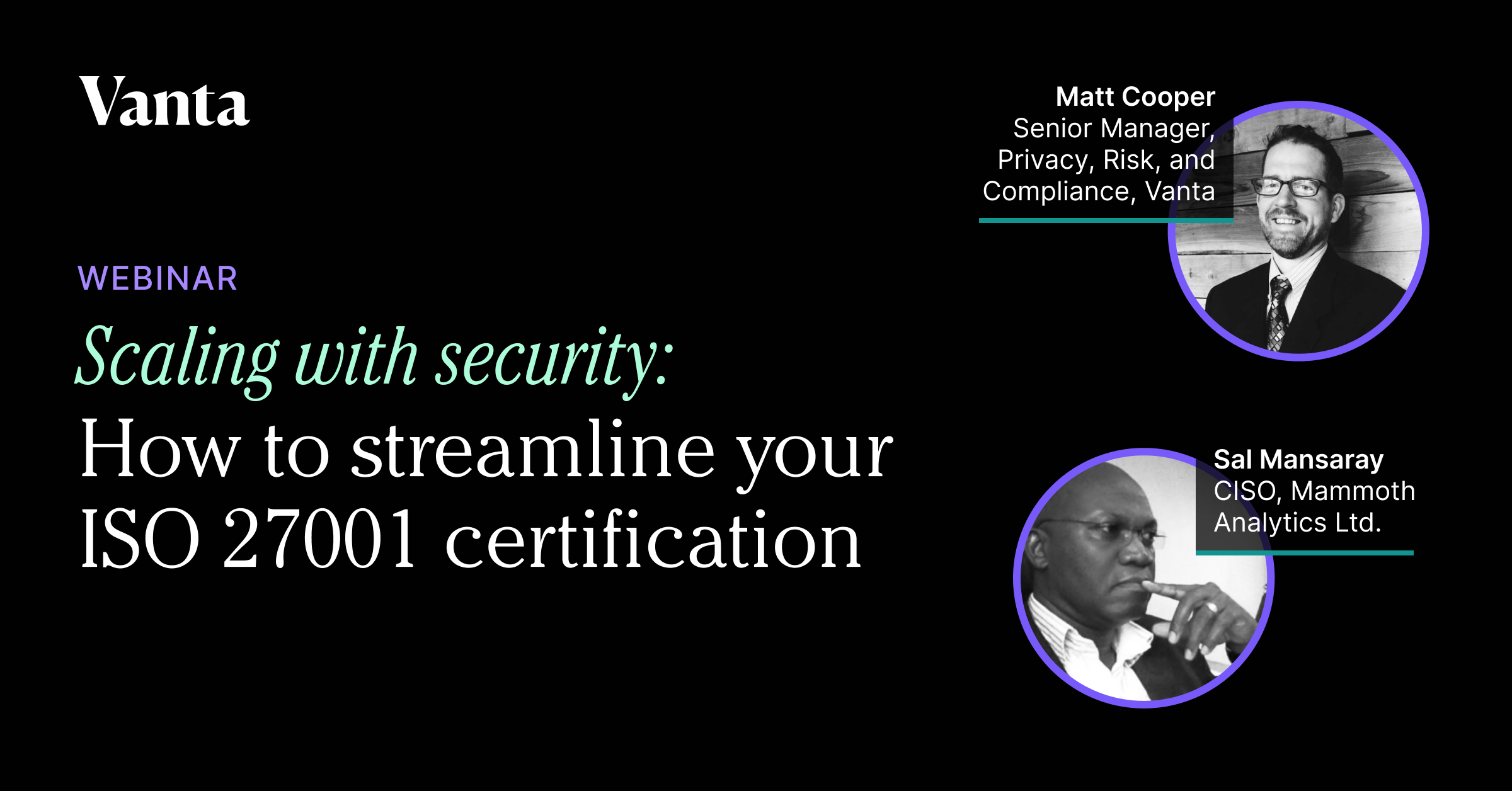 Vanta's experts will help demystify the path to ISO 27001 along with Mammoth Analytics' CISO who will share their journey of using compliance automation to streamline their ISO 27001 compliance.