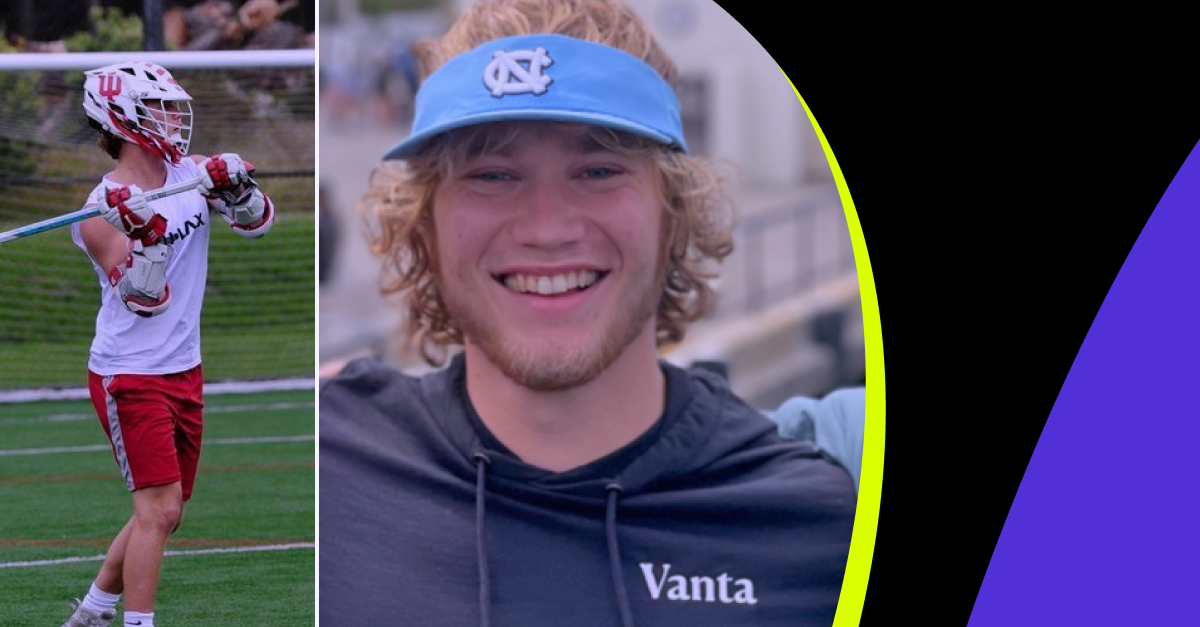 I spent this Summer as a Product Manager intern at Vanta. That’s kind of an ambiguous statement, because there aren’t really product manager interns…anywhere. Loosely, that meant that I was a PM for the summer, but on a smaller scale. I talked to customers, scoped features, and worked with Engineers to deliver them—all the things a full-time PM would do.

Tell us about your internship at Vanta

I had an incredible experience, for a number of reasons. For one, everyone at Vanta is driven, incredibly talented, and also just super nice/friendly/helpful. For two, I was given significant scope and autonomy to drive my own projects, and to blow up the scope of a project when I saw an opportunity to create value. And, the third reason is that I felt like I was constantly learning at a really high rate.

One thing that’s really cool about Vanta is the open calendar culture - I can drop a meeting on anyone’s calendar. Somehow nobody ever abuses the privilege (though my temptation to drop a two-hour lunch chat on our CEO’s calendar was strong) and it created some really cool opportunities to learn about functions far away from PM. Vanta is at a really cool stage where the execs we’re bringing in are talented and experienced, but they’re also still accessible - there aren’t three layers of management between me and anyone, even as an intern.

What made you realize this was the right internship for you?

When I went into the interview process, I was already aware that Vanta was among my top few choices of places I could work. Still, every interaction I had with a Vantan confirmed and even strengthened my hypothesis that Vanta would be an awesome startup for me to join. Every person I met was welcoming and dedicated and clearly very good at what they did. I was just excited that they were interested in hiring me.

Why did you decide to choose Vanta over other companies?

I’ve had Vanta on a very short list of startups I most wanted to work at for almost a year and a half. I was very impressed by the strength of Vanta’s product-market fit, their dedication to innovating in the unsexy industry of security and compliance, and because of the founder, Christina, and her incredible thoughtfulness in scaling Vanta. I know that I want to be a founder at some point in the future and I really prioritized working for a company that is scaling thoughtfully and effectively (and efficiently) in the hopes that I could learn some things and I definitely have.

Why are you excited about Vanta’s mission or product?

I think Vanta’s mission - to secure the internet and protect consumer data - speaks for itself as lofty, ambitious, and important in its impact on the world. More specifically, I think it’s really cool that we enable startups to move faster. Making SOC 2 compliance simple and easy enables SaaS startups to close deals faster, and I’m really passionate about accelerating the growth of the broader startup ecosystem.

I had also used the product in previous internships, and it’s approximately one million times better than trying to pursue compliance on your own.

What was your favorite quarantine activity?‍

I took a gap year when the pandemic started, and I wrote a blog while I was at home. I only wrote a handful of posts, but I found that the act of writing was incredibly valuable in pushing me to clarify my thinking and dive into deeper levels of the questions with which I was wrestling. Plus, my family was getting sick of hearing me talk about startups and writing was a good outlet for my rambling.

I never had much of an audience—half of my subscribers are family members—but I really enjoyed it. I haven’t published anything in over 15 months, but I’ve been working on my next post. It will be a slightly-subversive or longtermism take on why building a SaaS startup is the most valuable thing I could be doing for the human race.